Most of the westerners I know have a hard time enjoying this fermented soup. The funky fish smell is a bit off-puting, but when you really dig into the bowl you'll find that all five of the basic tastes are there -- umami is just the most overpowering one. The broth is usually made with fermented fish paste, but sometimes fermented shrimp paste will be used instead. This is the item that is causing you to want to push the bowl away. It's basically fish that's close to rotting. The noodles are a thick vermicelli. The proteins vary, but are usually a combination of shrimp, squid, fish, and pork belly. Balance the taste of the broth using the chili paste and lime wedges. The plate of greens will probably include shredded water spinach and banana leaf, bean sprouts, and maybe some fish mint. Bún Mắm may also come with a sweet tamarind flavoured dip that you can dip the meats in before scarfing them down. In English, this dish is sometimes called Vietnamese gumbo.

Where To Find It: 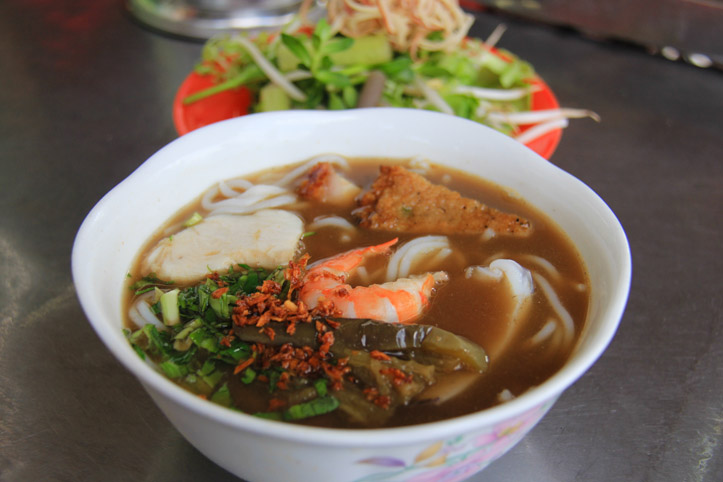 Have you tried this? Let your friends know if you liked it: